A few months ago I found this swan fainting couch for a mere $20.  I loved the fact that it was a fainting sofa and that it was so inexpensive so I jumped at the chance to make it something more. 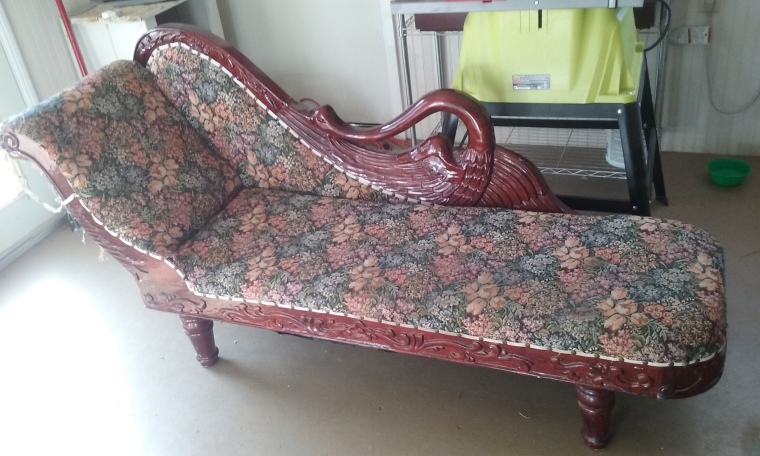 It had some damage; an angry cat and a wobbly let but, all-in-all, it was sturdy and fixable. 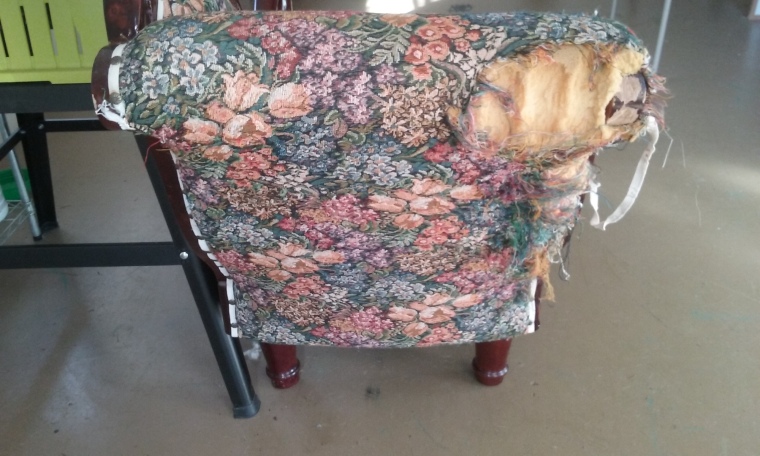 We started by taking the entire piece apart.  We always work carefully and take a lot of pictures so we will know how it goes back together. 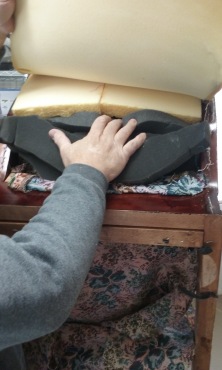 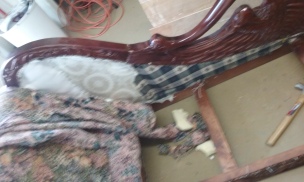 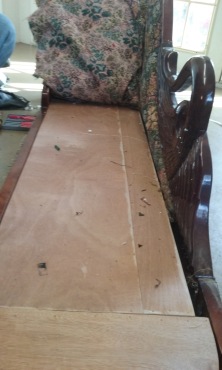 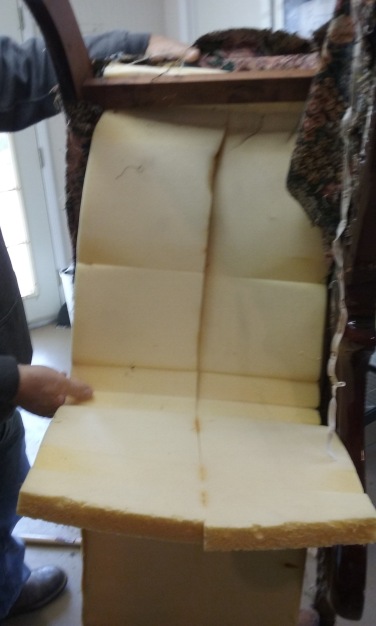 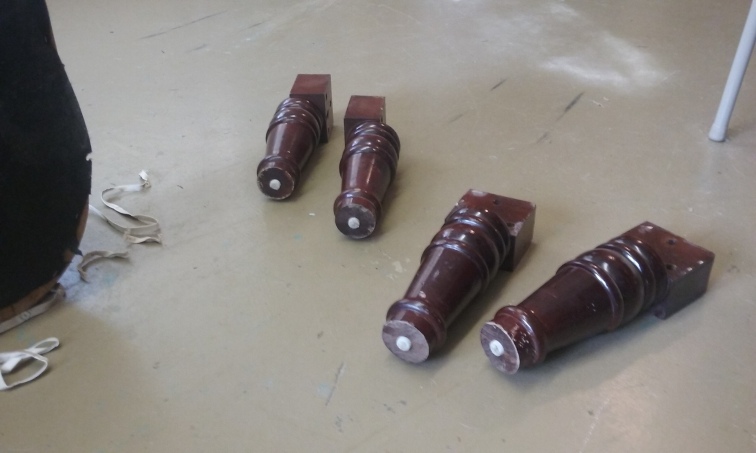 We tried several techniques and products but eventually gave up.  The wood under the finished was very usual and would not take stain well so we stopped working in the couch and started some other projects. 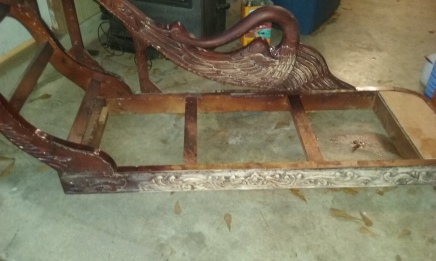 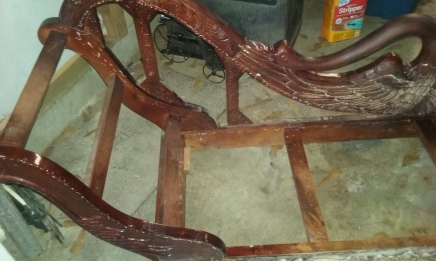 Finally, after a few months of research, I decided to go ahead and paint the couch.  I am not a fan of painting furniture but this had to be an exception as the wood was nothing that would take a stain or could even be treated to preserve the natural look.  (I am thinking it is made of Poplar).

I started by cleaning out all of the little nooks and crannies and wiping down to remove any dust and grime.  Next, I primed each piece with Kilz.

Once I added a couple of coats of paint, it was time I took the piece inside so I could add the finishing touches.  Even though it may seem less practical, I like to do the detail work in my house.  My shop tends to be dusty and I hated to risk messing up the white finish. 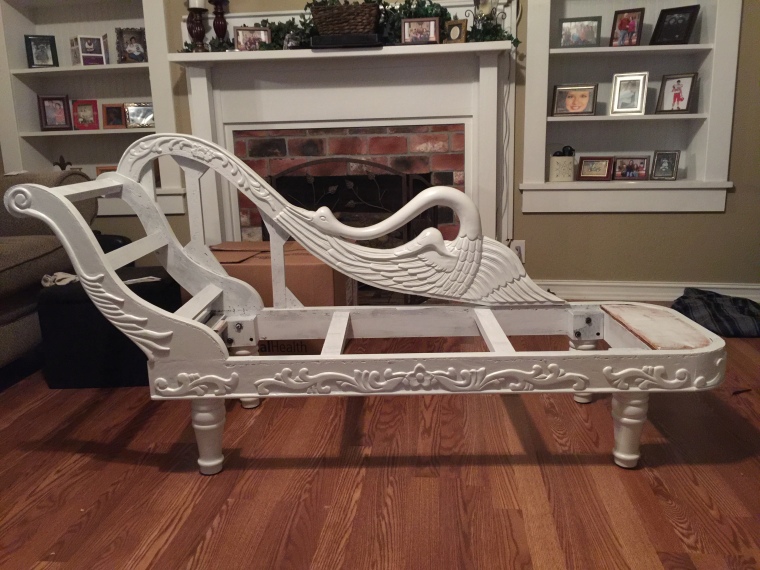 I decided to go with an antiquing glaze instead of distressing by sanding (not a fan as it tends to damage the wood). 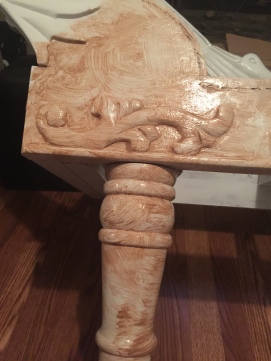 This was my first large project with the glaze and I was very pleased.  Just look at the detail!

Next, it was time to add the seating.  Since the original board under the foam was broken, we chose to cut a new piece of plywood for a nice sturdy seat.

It took some time and much “discussion” over the correct way to add the seating but we finally agreed to disagree and did the best we could.

I have a few more staples to add and the trim but it looks like it will be a beautiful piece. 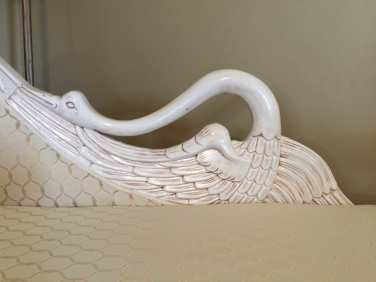 3 thoughts on “A Couch to Swoon For!”